Let's review Atoms and Molecules with Bill Nye:
We saw that matter can be made of elements, molecules and mixtures. If we consider all possibilities, we can divide matter as follows: 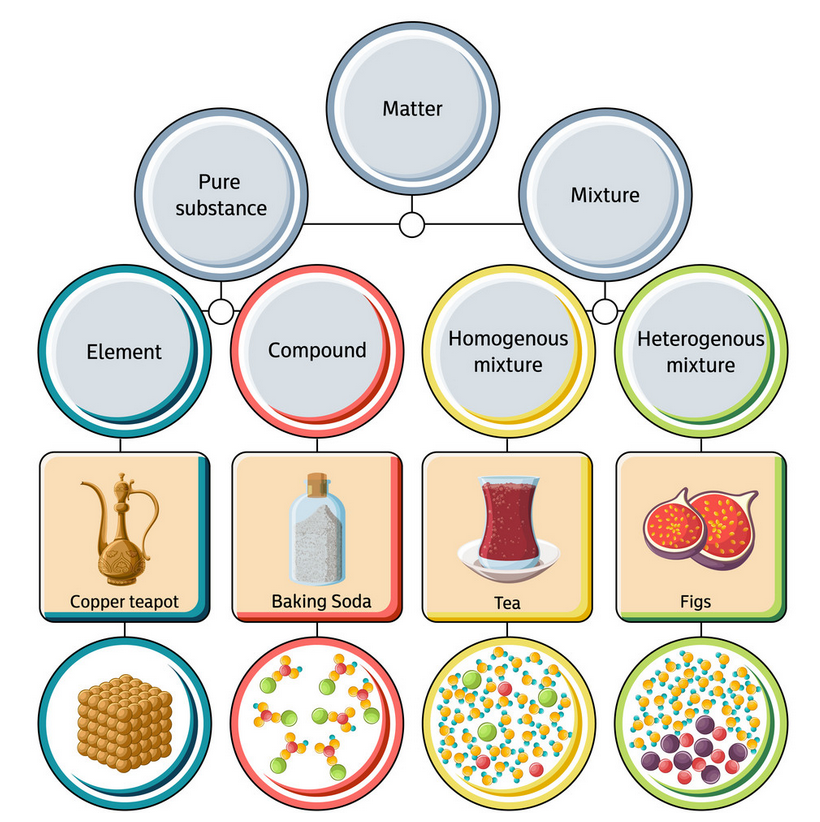 So, elements, compounds, atoms and molecules are all pure substances. Mixtures can be solutions (homogeneous mixtures) like tea, toothpaste or orange juice, or heterogeneous mixtures, like trail mix, cereal or fruits with seeds.

In your groups, discuss the following. You have three minutes per substance. Classify it as a pure substance or a mixture. 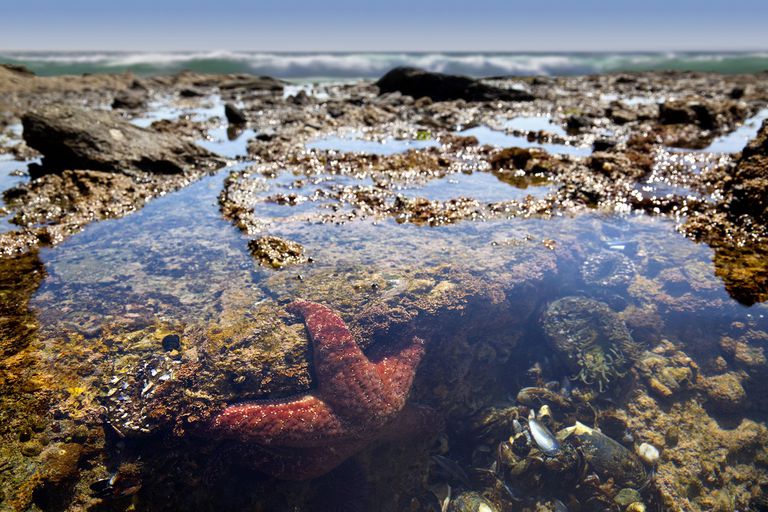 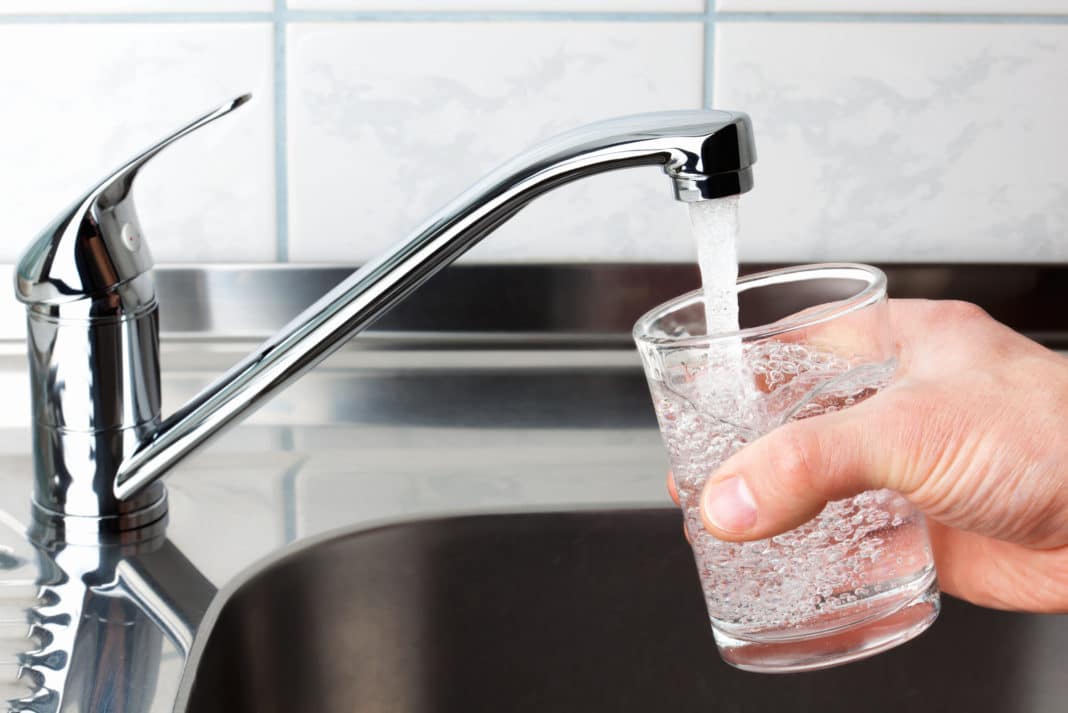 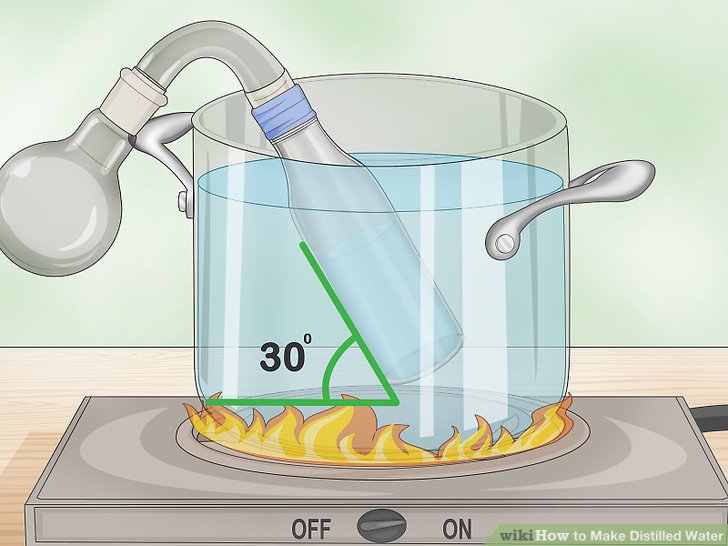 In reality, the water we drink is far from pure; it actually contains more than just water molecules. It also contains natural minerals and salt. This makes tap water a homogeneous mixture. If you buy plastic bottled water, you are also drinking contaminants 97% of the time, as well as microscopic particles of plastic. The only water that is a pure substance is distilled water; it is made only of H2O molecules.

In British Columbia, we are lucky to have a relatively clean tap water, free of pollutants and (depending on the age of your pipes) free of heavy metals. This is not the same situation around the world, however. While we do take water for granted, the majority of the world sees it as a valuable resource, and many people have never had a glass of water that tastes as refreshing as our water in British Columbia.


Drinking water is not only a valuable resource, it is also rare and finite. It is important to try and keep it as clean as possible.

Physical properties: properties that can be measured, and that define each pure substance. 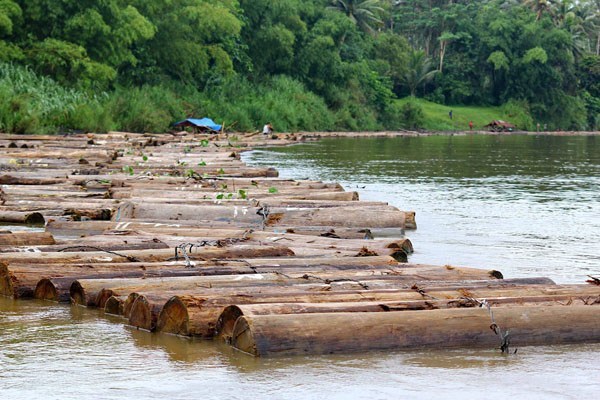 The logs are less dense than the water, so they float on top of it. 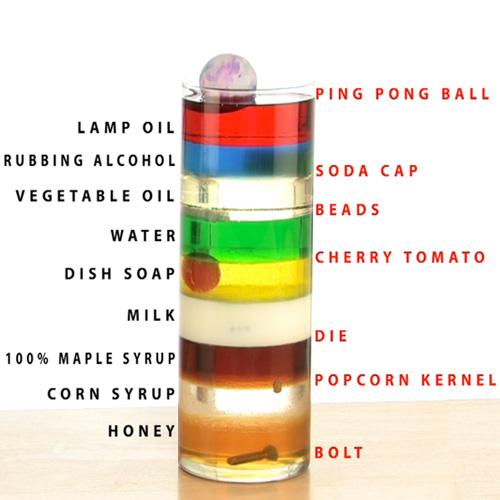 Chemical Properties: Unlike physical properties, they can only be observed when matter goes through a chemical change. Examples of chemical properties are as follows:

Flammability - How easily something catches on fire.
Oxidation - How a metal reacts with the oxygen in the air, causing it to rust.
Heat of combustion - How much heat or energy is released when something burns all the way to ashes.

Let's talk about chemicals, so that when someone says "I don't eat things with chemicals" you can correct them. The video below also will introduce you to the two kinds of solids: amorphous and crystalline. 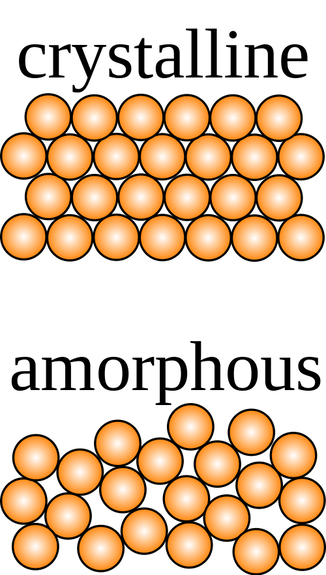 So, having a crystalline structure is also a property of some solids; this refers to how the atoms and molecules arrange themselves. Crystalline structures are arranged in such an orderly way that when they break, they usually break in a line, much like a diamond can be chipped in slices. The structure in the diamond is also what makes it the hardest natural substance on Earth. Salt crystals also are organized the same way, as well as quartz and other crystals.

Other solids, however, have an amorphous structure. These solids have molecules that are arranged randomly. They include foams, gels, mayonnaise, but also substances like glass, silicone and coal. When you break them, they do not break on a straight line; they also have different points of weakness.