We are made of star stuff. But the particles that stars released to create the Universe are not all the same; some of them have more electrons and protons, and some of them have less. Hydrogen, for instance, has only one electron and one proton.

In fact, there are over a hundred known types of atom, and more of them are discovered every few years.

Matter that is made up of only one kind of atom is an element.

Did you know that about 98% of our bodies is made out of only 6 elements?

These are Oxygen, Hydrogen, Carbon, Nitrogen, Calcium and Phosphorous. These elements combine in different ways to make most of the ingredients that form our bodies.

Humans and Earth lifeforms in general are considered carbon-based. That means many of the larger molecules found in every living thing have a Carbon atom tying them together. 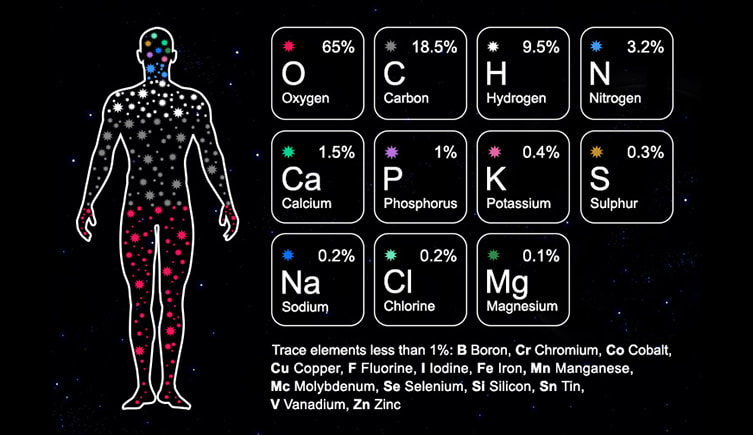 There are many different kinds of atoms, but in the beginning, the Universe had only two atoms: Helium and Hydrogen. Only after these atoms formed high temperature stars, other elements were formed in the plasma within; as stars collapsed and cooled, these elements were dispersed throughout the Universe.

We organize these elements on a chart we call the Periodic Table. This table organizes atoms by the number of protons they have. Usually, a stable atom will have the same number of electrons as protons. 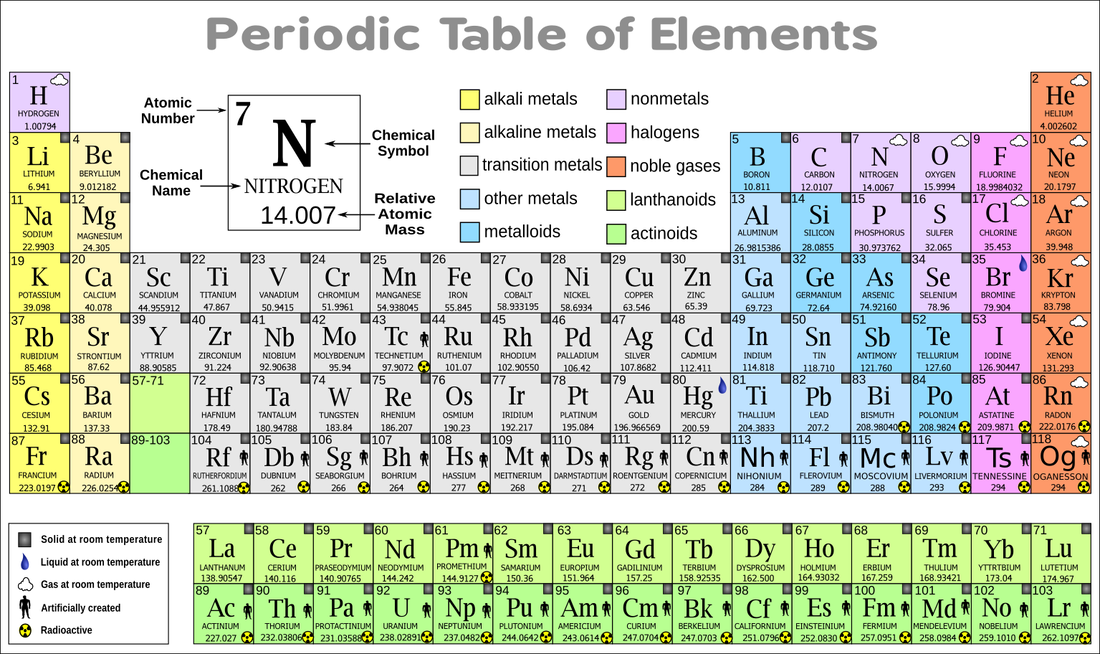 Let's watch a video with all the elements and some of their uses. I bet you will recognize some of them!
The fun thing is, elements can combine to create different substances; the possibilities are nearly endless.
When two or more atoms bond together, they create a molecule.

Molecules can be made of only one element, like H2, but they can also be a combination of two or more different elements, like H2O.

In this case, we call these molecules compounds.

Every compound is a molecule, but not every molecule is a compound.

So, a compound is a single substance made from two or more different elements. A mixture, on the other hand, consists of two or more substances that can be separated, like milk, toothpaste or juice.

Chemists can create compounds out of different molecules in a lab. To do this, they need to know how many elements go into each molecule.

How to count elements in a molecule?

Easy: just count how many capital letters it has.

So, NaCl has two different elements: Na and Cl.