Magnets are commonly made of iron, or sometimes a mixture of other metals. Cobalt and nickel are also magnetic, but iron is the most commonly used metal for magnets.

If you could draw a magnetic field on a bar magnet, you would see lines moving out from the North pole, curving around and returning to the South pole, just like our experiment with the iron filings. 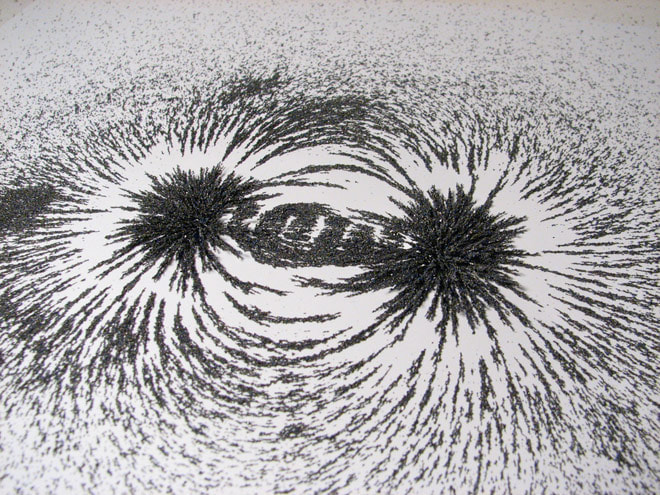 Have you ever heard that opposites attract? This concept came from magnets. While it is not true for human beings, it does work for magnetic attraction laws. A magnetic North pole will attract the South pole of another magnet and repel a North pole.

The Earth also has a magnetic field with two poles. The reason for this is, the Earth has a solid inner core, two thirds of the size of the moon, composed mainly of iron! At 5,700 degrees Celsius, this core ball of iron is as hot as the surface of the Sun. However, due to the pressure caused by gravity, it does not become liquid.

Surrounding this inner core, there is a 2,000 Km thick layer of iron, nickel and other metals. There is less pressure here than in the core, so that means this layer is fluid. The flow of this liquid generates electric currents, which in turn produces magnetic fields. 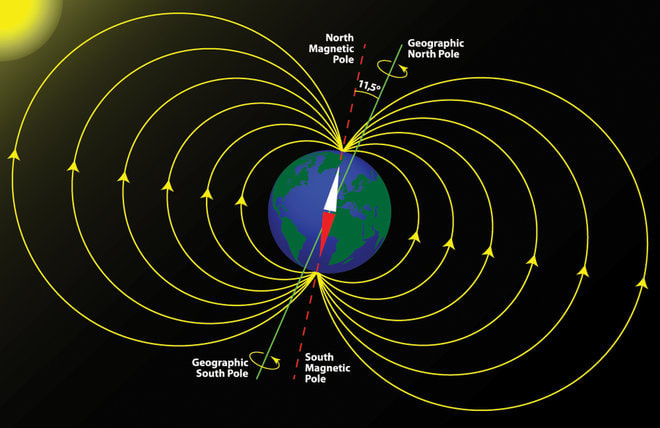 You can think of the Earth as having a giant bar magnet buried deep within. When we put a magnet near the compass, it overrides the Earth's pull because the magnet has a stronger magnetic field than the Earth's core, so the compass needle aligns with the magnet.

Below, the experiment we tried ourselves in our classroom:
To blow your mind, please watch video below.