When you look up at the night sky, do you ever wonder where all the material that makes up the stars, Earth, the planets and you came from?

And what is this material, anyway?

Turns out that the material that makes all of these things is essentially the same: particles of energy bound together in the form of atoms. These particles create what we call matter. All of the material in the universe is matter. The first matter is thought to have been formed 14 billion years ago during the Big Bang.

But what is the Big Bang? Let's watch a video and learn more about it.
So, after stars were formed, all other atoms were able to emerge from two original atoms, Hydrogen and Helium. This was the beginning of matter as we know it.

Matter is the material that forms everything we know. All matter has mass, even gases. You can measure mass in grams. All matter also occupies space, or has volume. Volume is measured using litres or cubic metres.

Matter is made out of atoms. Atoms are small, and made out of three different particles: protons and neutrons in the centre, and electrons around.

Protons (+) are positively charged.
Electrons (-) are negatively charged.
Neutrons are not charged, and help keep the nucleus stable by stopping the protons from touching.

Electrons have much more energy than the protons and neutrons, which is why they have the ability to move around. 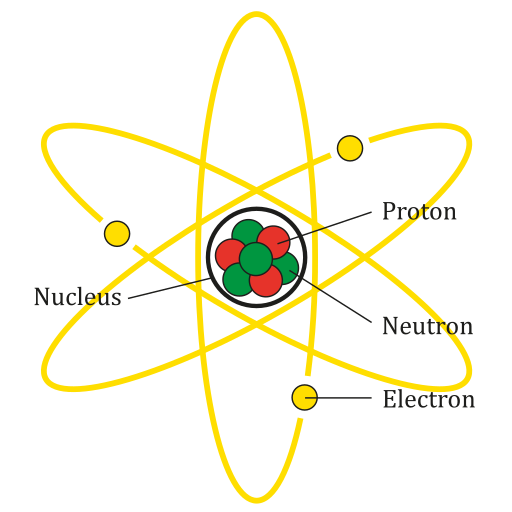 Depending on the amount of energy matter has, it can change states. The more energy you add, the further apart the atoms become and the more movement between them.

How many states can matter have?

If you said three, you are almost right.

Let's look at the states of matter that we know.

Add energy in form of heat, and you get...

Add energy in form of heat, and you get...

So, plasma -- the state with the most energy, and the last to be discovered -- was actually the very first state of matter in the Universe. Only after plasma cooled down, we were able to see all the other states of matter forming.

Plasma has similar properties when comparing to gas, but it is also electrically conductive. Examples of plasma include stars, lightning, fluorescent lights and neon lights.

Turns out, a person can create plasma in their own microwaves by putting two grapes on a dish together.

Do you want to see plasma in your kitchen? Use two small grapes. Make sure they are touching!