As the Moon gets closer and further from the Earth, and as the Earth rotates, the ocean waters go through a predictable movement, almost like breathing; the ocean comes out towards us (flow) and goes away from us (ebb) about twice a day.

This is a new way of generating electricity; unlike the rivers, which use freshwater systems, it uses salt water to make electricity. Most of the idea remains the same: water passes through turbines and moves the generator, creating electricity.

Because it is more predictable than the wind and the sun, tides hold great possibilities for the future of electricity generation.
Designs are currently being tested.  One of the original ideas required building a dam with gates that close when the tide changes, trapping the water. The water is released through turbines to generate electricity. One such dam was built on the Bay of Fundy in Nova Scotia. However, the environmental impact is considered great in the ocean waters surrounding it, and so this design has not become very popular, with some people calling it a giant fish blender.
A much more exciting and newer design idea places the turbines under the water, near the floor of the ocean; the water passing through would move the turbines, a little bit like underwater wind turbines. This has a much smaller environmental impact, as the blades would move slowly and be less likely to damage sea life.

This is by no means the final solution, however; currently, over 40 companies are developing their own designs, each with a different idea of how tidal water could be used to generate electricity from the ocean. 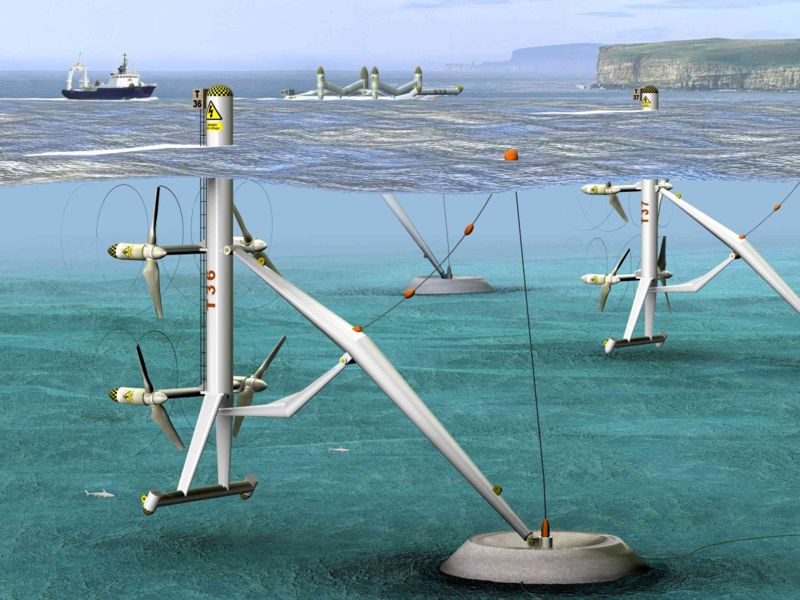 The environmental effects are not the only issues surrounding these new tidal designs; the ocean water itself has issues not found in fresh water. The salt, for instance, is corrosive and easily rusts some metals. Materials used in the turbines need to be rust and corrosion resistant.

Marine life can also harm a turbine in salt water; the ocean has thousands of species that also rely on the movement of the tides, such as barnacles. They love attaching themselves to any area that is in contact with the tidal water, as this brings them the food they eat. The image below shows a turbine being removed from the ocean after three years of exposure. 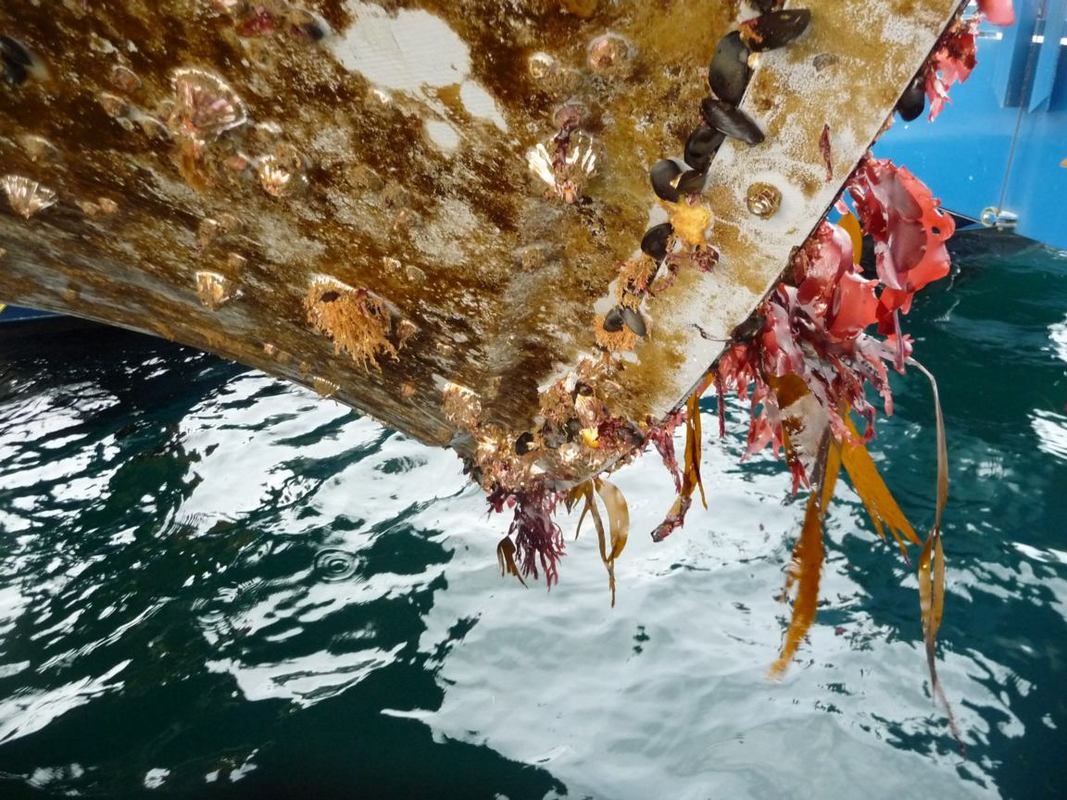 What do you think -- how is generating electricity from tidal waters similar to hydroelectric power from dams? How is it different?

Can you think of a design that would succeed in generating electricity from the tides in the ocean? Or, a new design to harvest wind power? Submit this for extra marks on your next test. 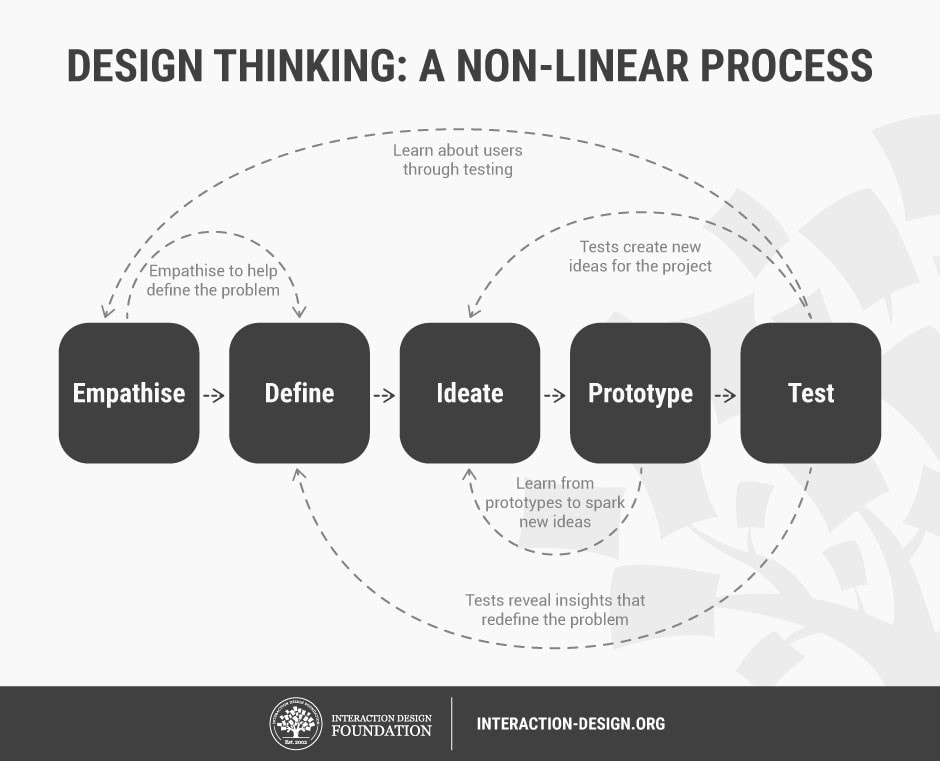