Let's watch the video below to find out more.
This brings us to our definition:

A greenhouse gas (GHG) is a gas in the atmosphere that absorbs infrared radiation and emits it back towards the Earth instead of letting it pass through to space.

Usually this is a good thing. This keeps us warm and makes life possible, but we have been releasing simply too much, and so the natural cycle of warming and cooling has been affected.

Carbon Dioxide (CO2): The amount of carbon dioxide in the atmosphere has been rising dramatically since the industrial revolution. It is a product of burning fossil fuels. CO2 levels increase due to deforestation, since trees store carbon from the atmosphere (carbon sinks).

Why do you think trees are called carbon sinks?

Methane (CH4): Methane gas is a product of livestock farming. When forests are removed to make room for cattle farms this multiples the GHG problem. Methane is also releases by landfills, from rotten foods.

Nitrous Oxide (N2O): Agriculture's overuse of fertilizer is the main reason for the increase in nitrous oxide.

Fertilizers rich in nitrogene stimulate microbes on the soil to convert nitrogen into nitrous oxide at a faster rate than usual. N2O has a potential for global warming 310 times higher than that of carbon dioxide!

Other common greenhouse gases are as follows:

Ozone (O3): Ozone in the upper atmosphere is beneficial because it blocks harmful UV rays. However, in the lower atmosphere, it is a GHG. It is produced in a follow-up reaction when products of combustion are exposed to sunlight.

Chlorofluorocarbons (CFCs): CFCs from aerosol sprays and refrigerants not only are a GHG, they are also responsible for the hole in the ozone layer. CFCs have been banned in many countries, with over 200 countries agreeing to cease production by 2030. The ozone layer hole has started to close due to these changes in policy. 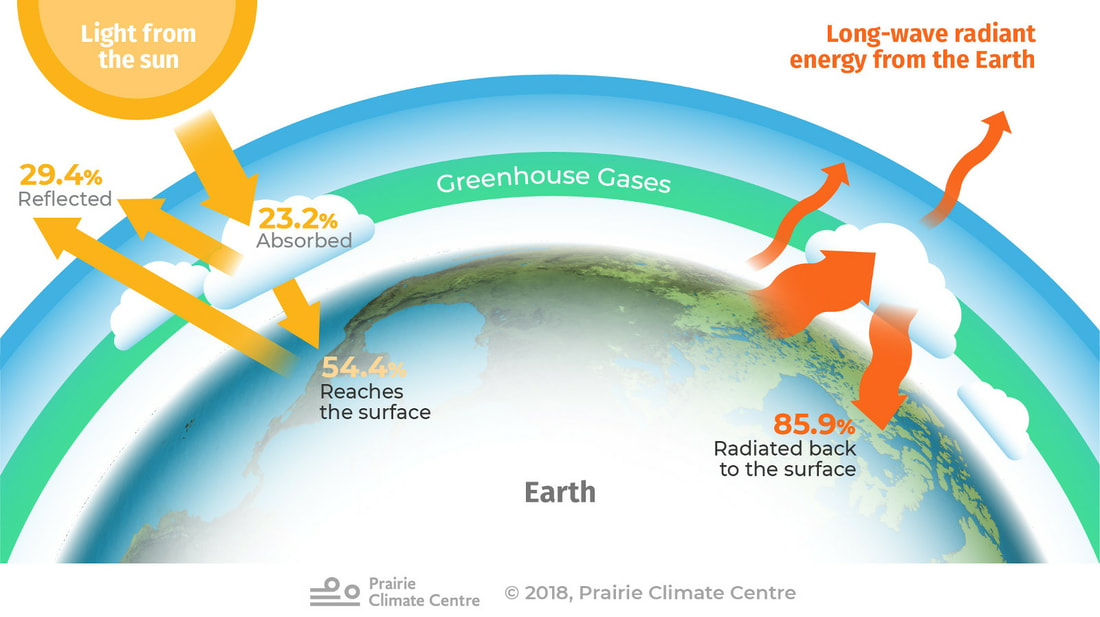 The greenhouse effect is a natural process, and it is not all bad -- without the greenhouse effect, Earth's average temperature would be only -18 C. But too much of anything can be a problem, and when the balance is disturbed, then the scales can easily tip the other way, which is what we are seeing right now.

Let's continue and learn about other factors which also can influence the changing climate of the Earth.
Other Factors